The Dirty Business of Networking 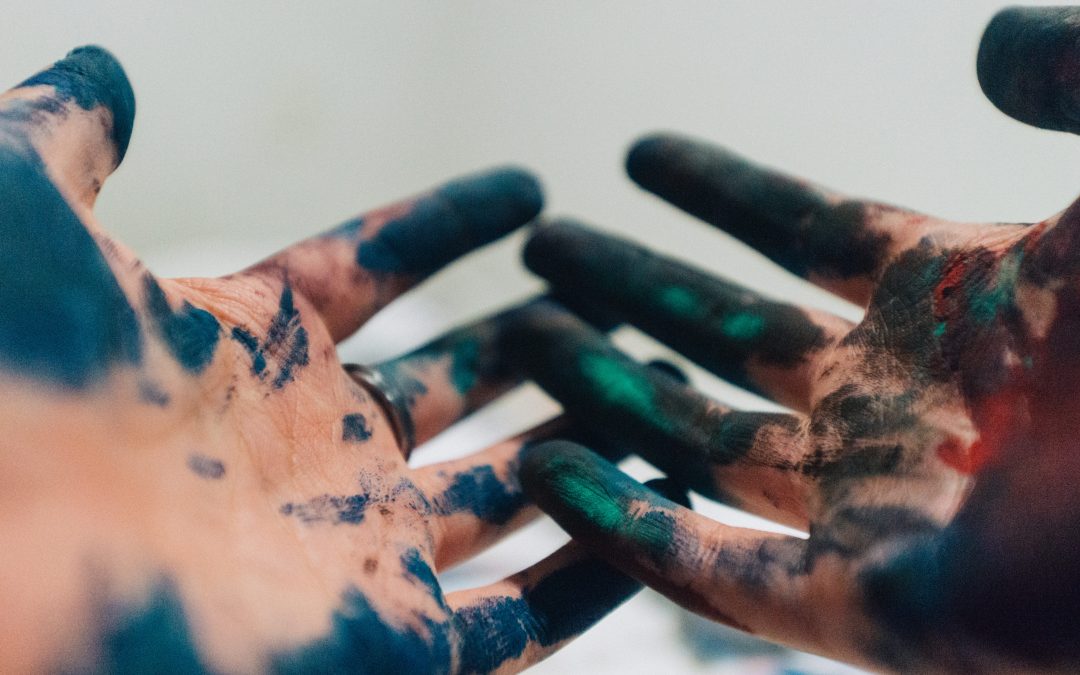 Are you resisting networking because you feel like it’s dirty business? Well, you are not alone. A study published in 2014 found that networking with the goal of career advancement made people feel icky. The study, co-authored by professors from Harvard Business School, University of Toronto, and Northwestern University, used one experiment to conclude that this kind of transactional networking for professional gain made people subconsciously rank cleaning products higher than other household or office products. In another experiment participants who thought about this kind of professional networking answered fill-in the blank words with words associated with bathing, while those thinking about personal networking to build friendships did not.

What leads to this feeling of being dirty? We are our harshest critics, so if we cannot justify our networking behavior and feel we are using others without offering anything in return, we may question our moral purity and that makes us feel dirty.

Here’s the real kicker though, the study found that people who participated in instrumental professional networking more frequently found that it had a positive impact on their job performance. That’s right. Those that got past those icky feelings and strategically networked had better job performance. This is because everything you’ve heard about the importance of networking is true. If you want to advance within an organization or within an industry, you need to connect with, as the study says, “people with access to opportunities, political insight, and technical knowledge.”

The reason is that people in powerful positions do not approach networking as a means of advancing their career. As the study says, “in their minds, others are not as instrumental to their goals.” These individuals approach networking situations well aware of the value they can offer in a relationship. The study says, “the powerful are more likely to reciprocate help, favors, or support, and their networking tends to yield more balanced relationships, with the powerful potentially giving as much as or more than they take from others.”

So what does this mean for you? Approach networking with a strong sense of what you have to offer, what value you can share. The “what’s in it for me” approach is not helping you, because it makes you feel dirty, then you are less likely to network, and your job performance will suffer. That’s the exact opposite effect you were looking for when you considered networking to advance your career.

Take some time to get clear on who you want to meet AND what you can offer them. Yes, even if you are just starting out your career you can offer something of value to someone who is highly successful. This is not going to be easy to figure out, but making the effort to offer value will make you stand out AND will lessen the likelihood that you will feel dirty about networking.

So what value can you offer? One idea is to comment on, share, and like their online content. This will help them share their ideas and increase their visibility. Another option, is to offer to take notes or do other admin work for a pet project they are working on, this will have the double benefit of putting you in the room with other highly successful people while being seen for your initiative and follow-through. Here’s one more idea: Is there a skill that you can do in your sleep, but may not be a strength for them? Offer to teach them how to use social media more effectively for example.

The authors of the study also suggested that how we feel about networking might improve if the expectations around it were more explicit. Attending a networking event hosted by your company with the stated goal of introducing junior staff to senior staff will likely not result in you feeling dirty even if you were one of the junior staff. The same might be true when your goal around networking is to benefit your organization or project as a whole, rather than focus on your individual career advancement.

As the study says, “this lessening of the contaminating effects of professional- instrumental networking may work as an important tool for the powerless in organizations, who feel dirtiest when they intentionally pursue professional relationships and thus particularly need means to justify networking to themselves.” Since networking is so important to job performance and career advancement, finding a way to build relationships without the ick factor will be a key factor in your success.

Robbie coaches inspiring entrepreneurial women in their 50s and beyond (and a few awesome men) to grow their impact and income by building an audience before launching new revenue streams.

You want to have a greater impact and increased income. The problem is that there are so many options for how to build your business that you can feel stuck, overwhelmed, and like you’re running out of time.

The reason options are overwhelming is that you’re looking at them as a series of disconnected steps when to make the most of your time, you need a strategy that connects only the most important and highest impact ones.

You know that if you try to do everything, you’ll accomplish nothing. This means, to achieve your goal, you have to invest in a strategy to put time on your side.

As a relationship-based business growth strategist, Robbie will work with you one-on-one to design a year-long plan that consists of three 12-week sprints, each followed by 4 weeks of reflection/assessment, rejuvenation, learning, and strategic planning. This will allow you to sequence your goals, create momentum, and leverage your limited time.

Have a project that you want feedback on or need assistance with a specific strategy? He offers half-day strategy sessions.

Already selling but feeling stuck around how to increase your revenue? Sign up for a one-day mastermind with fellow entrepreneurs to break through to the next level.

Ready to dig into your network to validate a solution you’ve been working on to see if you can build an audience for it before launching? Sign up for 12 Weeks to Create Your Irresistible Offer program.

Want accountability, support, and guidance as you implement your strategic plan? Learn more about his year-long Wake Up Your Network mastermind program.

These are not right for everyone; they're personalized offerings and are priced accordingly.

In his coaching work with entrepreneurs, his clients focus on the areas where they'd like to grow, which may include:

Robbie is excited to support you in reaching or exceeding your goals.

Interested in booking Robbie to speak? At www.robbiesamuels.com/speaking you’ll find video clips and a description of his talks.

Watch his TEDx talk “Hate networking? Stop bageling and be the croissant!” at www.robbiesamuels.com/TEDx.

Affiliate Links: Disclosure of Material Connection: Some of the links above are “affiliate links”. This means that if you click on the link and purchase the item, I will receive an affiliate commission. Regardless, I only recommend products and services I use personally and believe will add value to my listeners. I am disclosing this in accordance with the Federal Trade Commission’s 16 CFR, Part 255: “Guides Concerning the Use of Endorsements and Testimonials in Advertising.”